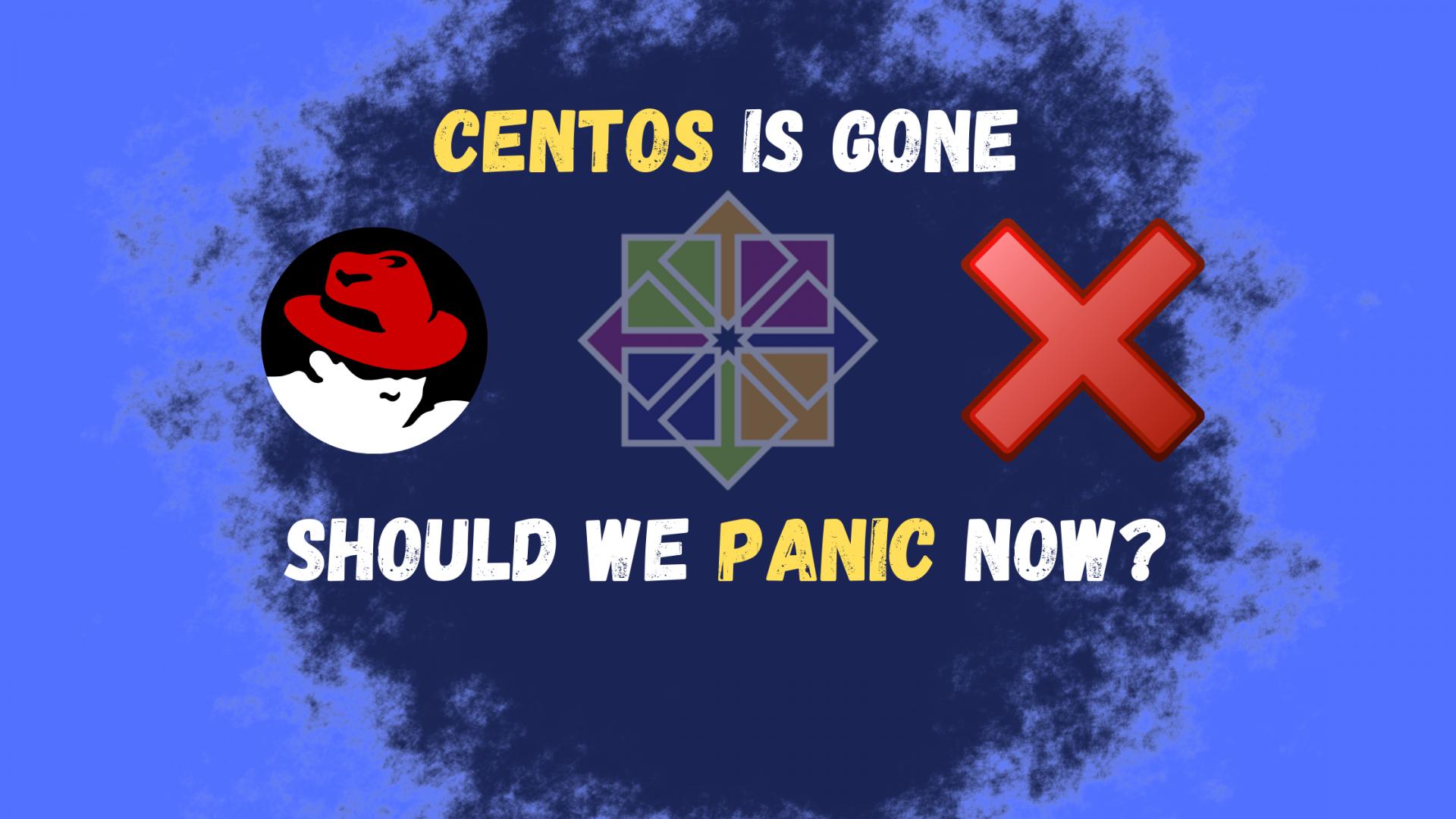 CentOS is gone, now what?

On December 8th, Red Hat announced that they will discontinue the CentOS project and move forward to CentOS Stream. This was announced on the CentOS blog and Red Hat website:

"The future of the CentOS Project is CentOS Stream, and over the next year we’ll be shifting focus from CentOS Linux, the rebuild of Red Hat Enterprise Linux (RHEL), to CentOS Stream, which tracks just ahead of a current RHEL release"

Since CentOS is a Red Hat clone/fork and it's built from RHEL source code and it's also open-source making it publicly available to anyone. Many people chose CentOS since it's basically a free version of the RHEL making it stable enough to run their infrastructure on it, but just without the dedicated support. Approximately 19% of global web infrastructure uses CentOS.

CentOS was a project initially started by Gregory Kurtzer and then developed with the help of the community. In 2014 RHEL and CentOS joined forces with RHEL funding CentOS. In January 2014, Red Hat announced that it would sponsor the CentOS project, "helping to establish a platform well-suited to the needs of open source developers that integrate technologies in and around the operating system and essentially taking control over on its governing board.

However, this is not all the bad news. Red Hat also announced that CentOS 8 EOL (end of life) is pushed back from 2029 to the end of 2021. This is one of the most disturbing news since a lot of people have already migrated their servers to CentOS 8 since it was supposed to be around till 2029 and CentOS 7 till 2024.

On July 9th 2019 IBM and Red Hat announced today that they have closed the transaction under which IBM acquired all of the issued and outstanding common shares of Red Hat for $190.00 per share in cash, representing a total equity value of approximately $34 billion.

The game is changing for everyone

We should also mention that cPanel was not notified as well, the news was dropped out without no one expecting this. Almost every hosting provider offers cPanel hosting since it's one of the best known and recognizable control panels in existing. At the moment cPanel can run on CloudLinux, RHEL and CentOS. With the news dropped, cPanel announces that they are accelerating support on Ubuntu LTS and expect to deliver production-ready in 2021. You can find more information here:

Now I should say that I always wanted to run cPanel on Ubuntu server just so I can have an alternative of running it only on CentOS for free, however, this is for sure forced and it may come with a lot of issues along the road.

Should we panic now?

Unfortunately, if you've already migrated your server to CentOS 8 you'll need to migrate your content one more time by the end of this year. Red Hat also put this message along with the news:

There is a migration script in place that will move your data from CentOS to CentOS Stream or RHEL. You can find more information here:

However, a lot of people will move to either Ubuntu or Debian just because they now simply do not trust Red Hat. I believe that everyone should make their apps/sites and infrastructure in general ready to be switched to another OS in case this is needed. Having a backup plan can make the transition a lot smoother and will reduce the amount of work and the time you'll need to put into when/if this is ever needed.

There is also an online petition not to shut down the CentOS project:

When the news was dropped perhaps, Gregory Kurtzer was really affected by the news since the CentOS project was initially created by him. He announced that he will work on a new project called Rocky Linux.

Rocky Linux is a community enterprise operating system designed to be 100% bug-for-bug compatible with America's top enterprise Linux distribution now that its downstream partner has shifted direction. It is under intensive development by the community. Rocky Linux is led by Gregory Kurtzer, founder of the CentOS project. The current ETA for the initial release is March 31. Rocky Linux aims to function as a downstream build as CentOS had done previously, building releases after they have been added by the upstream vendor, not before.

You can also check the following podcast posted on DEV by: @changelog

I would like to know if you're using CentOS and what are you going to do now?

Have you already migrated to CentOS 8 and what platform you're planning to migrate to since the EOL is cut back to 2021?

Are you going to migrate your existing CentOS 7 servers long before the EOL which is 2024, just in case Red Hat decide to cut back the support for it as well?

What's your opinion on the news itself, is it IBM to blame or you believe that giving the option that CentOS Stream is available we should accept the facts and move forward?